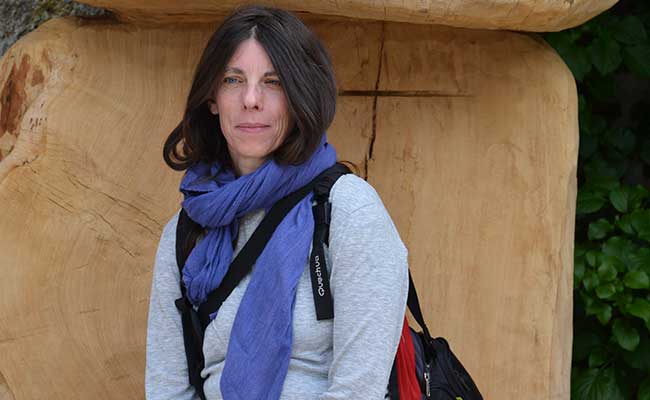 Emmanuelle Pagano is a French writer of novels and short stories who lives and works in the Ardèche country. She studied cinema and visual arts, and has conducted university research in the field of aesthetics in film and multimedia. In addition, she has been a fellow at the French Academy in Rome between 2013 and 2014. In 2009, Emmanuelle won the European Union Prize for Literature for her novel Les Adolescents troglodytes (2007). Her work has been translated in twelve languages, but she is translated into English for the first time in 2017 with Trysting (Nouons-nous in French), winner of the English PEN Award, in which she explores a series of episodes or scenes that reveal the myriad ways love occurs.

Trysting (And Other Stories, 2016)
Translated by Jennifer Higgins and Sophie Lewis