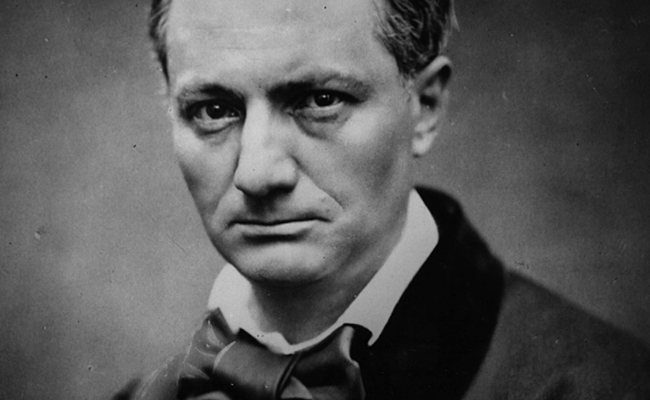 Charles Pierre Baudelaire (1821-1867) was a French poet who also produced notable work as an essayist, art critic, and pioneering translator of Edgar Allan Poe. His most famous work, Les Fleurs du mal (The Flowers of Evil), expresses the changing nature of beauty in modern, industrializing Paris during the 19th century. Baudelaire's highly original style of prose-poetry influenced a whole generation of poets including Paul Verlaine and Arthur Rimbaud. Le Spleen de Paris, also known as Paris Spleen or Petits Poèmes en prose, is a collection of 51 short prose poems that was published posthumously in 1869. It illustrates quite well the term "modernity" (modernité), which Baudelaire is said to have coined to designate the fleeting, ephemeral experience of life in an urban metropolis, and the responsibility art has to capture that experience.