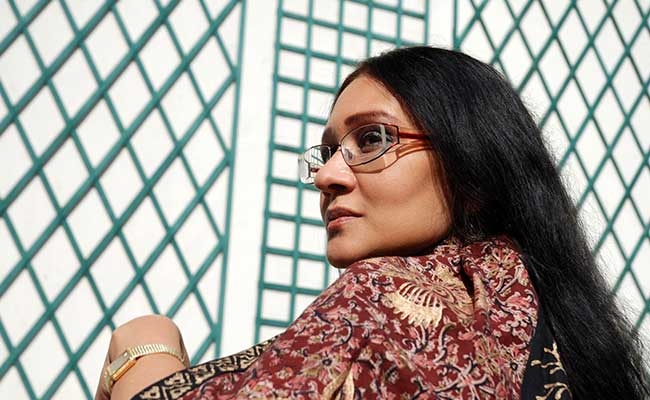 Ananda Devi was born in Trois-Boutiques, Mauritius. Both her maternal and paternal great-grand-parents came from Andhra Pradesh in India. Trilingual in Creole, French, and English, and having some knowledge of Telugu and Hindi, Devi has a hybrid identity and a singular, prodigious voice. In 1977, she published a collection of short stories Solstices written between the age of 17 and 19. After spending several years in Brazzaville in the Congo, she moved to France in 1989, the same year in which her first novel Rue la poudrière was published. Since then, she has published a large number of novels, short-stories and poetry collections and is translated in over ten different languages. She did her own English translation of her book Pagli, and her book Indian Tango was translated in English by Host Publications, in the US, and Random House India. She is now again translated into English with the publication in 2017 of Eve of her ruins (Eve de ses décombres, 2006), which was met with tremendous critical acclaim.

Eve out of her Ruins (Les Fugitives/CB éditions, 2016)
Translated by Jeffrey Zuckerman